POABS Estates comprises of vast multi-crop plantations spreads across Nelliyampathy hills, and the Vandiperiyar and Peermade areas of the former Central Travancore region, located in the Western Ghats of Kerala state in India. The major yields of the Estates include tea, coffee and spices for both domestic and export markets. The history of POABS Estates began in 1989 when the Seethargundu Estate of Nelliyampathy Hills in Palakkad district of Kerala state was acquired as the first plantation. As an initial step in the path of progress, tea was introduced as an additional crop to the estate which was hundreds of years old. Subsequently, new varieties of coffee were planted, replacing the old coffee bushes and inter-crops of pepper and cardamom plants were promoted.

A strategic decision was made in the year 2000, to convert the plantation to Biodynamic processes. Currently, the plantation has grown to be the largest perennial multi-crop organic estate globally. At an average elevation of 3500 feet above sea level, the estate now grows Arabica and Robusta coffee and tea along with inter-crops of pepper, cardamom, orange, and vanilla. June 2008 witnessed the entry of POABS Estates to the Central Travancore plantation districts of Kerala, following the acquisition of several tea estates which belonged to Travancore Tea Estates- a British sterling tea company which initiated operations in 1897. Presently, Pambanar, Granby, Manjamullay, Injikadu, Nellikai, Pasumallay and Thengakal tea estates are part of POABS Estates. POABS Estate is one of the finest producers of organic products in the foreign market also. POABS Estates have become one of the largest plantation companies in Kerala with the combined estates of about 7500 acres in the Nelliyampathy Hills and the Central Travancore region. 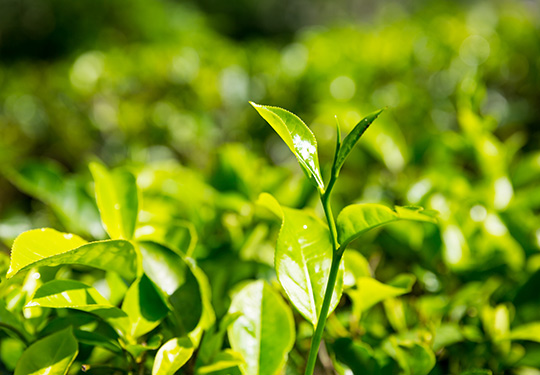